Our focus is the Gospel of our Lord Jesus Christ as expressed in our wide range of activities which enables us to build relationships in the Kingdom of God.

We are a family, a church family, a family of God, caring for and about each other.

We reach out to all people, inviting them to join that family.

The community of Marco Island doubles its population during the winter season. So also the parish, as there are more visitors than year- round members in church from January to Easter.

It is our purpose and intention that Lutherans and other Christians from a variety of places and backgrounds will feel at home in our church, feel welcomed, and feel encouraged to participate fully in worship and parish activities while in Marco.

We welcome you, and God bless you.

Our History - how we came to be

In a scrap book that is in our archives, dated 1990, there is the following description of the history and purpose of Marco Lutheran Church:

“Marco Island, Florida is a lovely water-canal community in SW Florida which was been developed by the Deltona Corporation in the last 15 years. Prior to that, it was an isolated fish camp area, with homes and school in the hill section of Caxambas and in Goodland. Excavation studies at the turn of the century produced evidence of a quite well established Indian community on the Island. The semi-tropical climate provides ideal outdoor living, and the hill section of the Island offers security in time of storm.” 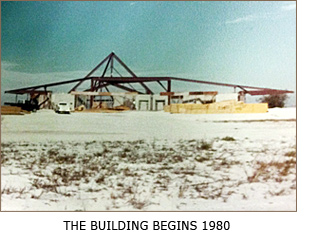 On May 5, 1974, several Lutheran families met to discuss the formation of a church on Marco. Shortly after that, Rev. Wm. Volm of Golden Gate began holding services in the original Naples Federal Savings and Loan Assoication, Marco branch.

In 1976, Rev. Ted Wuerffel was called as the first full-time pastor, and in 1978 a Building program was undertaken.

The Deltona Corporation deeded a beautiful 4.4 acre canal site on Collier Blvd. at Holly Ct. to the church in December of 1979, and in the fall of 1980 construction of an 8,000 sq. ft. multi-purpose worship facility was begun. The original building was modest: 25% of the original cost was for pilings!

Today's view of the church.

In the years since the original building was built, we have at different times expanded the sanctuary, added the narthex, added offices, added our great room/fellowship hall, relocated and expanded the kitchen, added the front porch and steps added a gazebo, added the Memorial Gardens and added an outside play area for kids. 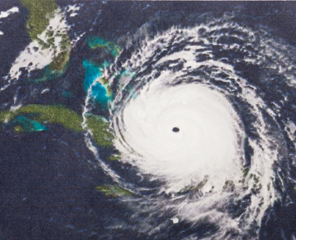 We sustained damage from hurricane Irma in 2017. The sanctuary's roof was damaged when the cross fell through it. Flooring tiles had to be replaced, the cross fixed, a new roof was installed, the seawall repaired and clean up and replacement of planting/trees debris  were the most significant damages.